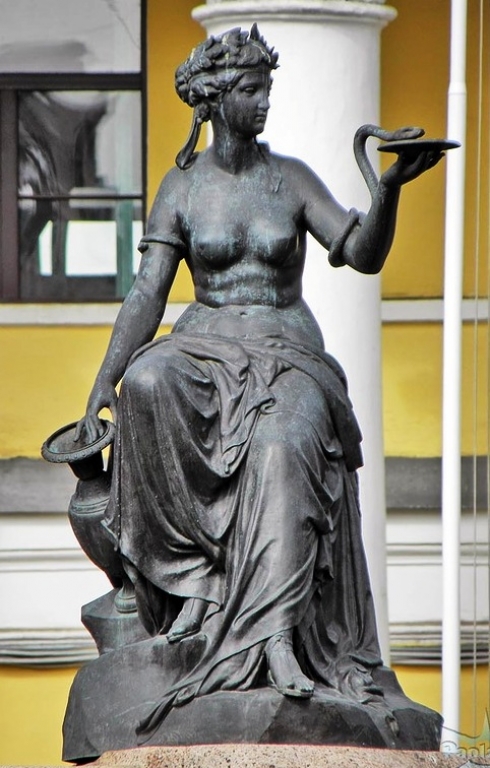 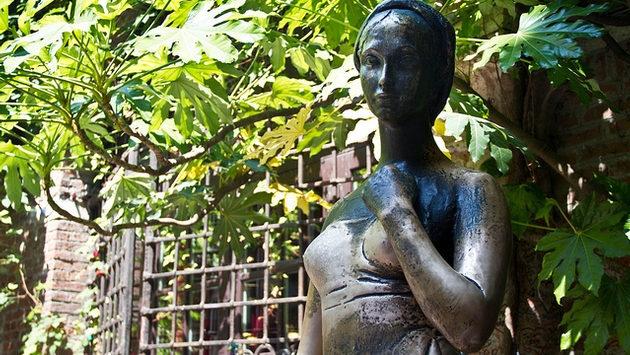 PHOTO: Some parts of this Juliet statue are slightly more shiny than others. (photo via Flickr/Alexander Granholm)


Most travelers know the feeling: You’re strolling through a new city and, as you pass by a bronze statue, someone points out one particular section of its anatomy has been, well, rubbed bare. Sometimes it’s a foot. Other times it’s a finger. Occasionally, it’s an "unmentionable".

The body part may vary, but the reason it's discolored is almost always the same: good luck.

Turns out there are quite a few wacky things that people do around the world while traveling to acquire good fortune (among other things), and here is a sampling of the zaniest ones.

Oktoberfest Zinzinnati
15 Oktoberfests You Can Experience Without a Passport

Abraham Lincoln is regarded as one of the greatest American presidents of all time. Honest Abe is credited with helping to put an end to slavery, preserving the Union and, as a bonus, if you rub the big nose on the bust of his head beside his tomb, he will bring you good luck from beyond the grave!

Touching statues in Sweden during winter time will typically send a chill down your spine, but this one will leave you all warm and toasty.

The story goes that, while speculating on the possibility of one day having a statue in her honor, esteemed Swedish actress Margaretha Krook mentioned that she didn’t want one because they were typically un-friendly and cold.

So after she died, they built a heated one in her honor outside her beloved Royal Dramatic Theater. Seriously, this statue is kept at a steamy 98.6-degrees, and her stomach is now shiny from people warming their hands.

Victor Noir was a political journalist whose death in a duel helped galvanize France. But that’s not what he's known for nowadays.

Nope, there’s a bronze statue of him laying atop his tomb in Paris' Pere Lachaise Cemetery and, ever since it was erected, people have been frolicking with his anatomically-correct form in an attempt to acquire good luck in love and fertility.

Sure, Romeo and Juliet might be a work of fiction, but that hasn’t stopped the city of Verona, Italy—where the fictional tale is set—from taking full advantage.

Tens of thousands of tourists arrive in Verona each year due to its connection to literature's most famous love story. And most of them make a beeline for a statue of Juliet to rub her bosom for good luck.

I'm not sure whether William Shakespeare would be proud of his modern-day fans.

READ MORE: Unique Superstitions from Around the World

Every year, thousands of people show up at Blarney Castle in Ireland to kiss a stone that thousands of other people have kissed in an attempt to receive the “gift of gab”.

I repeat, every year, thousands of people show up at Blarney Castle in Ireland to kiss a stone that thousands of other people have kissed.

On the floor of the grand Galleria Vittorio Emanuele II shopping arcade in Milan, you will find a colorful mosaic of a bull. And naturally, the "lower mid-section" of this male cow's anatomy has been bludgeoned bare by people digging their heels into it and spinning around in an attempt to grab some good luck.

If there was ever a city where you needed to acquire some good fortune, it would be Las Vegas. Luckily, if you pass by the statue of seven dancers from the long-running burlesque show Crazy Girls and run a hand on their heinies, you are supposedly all set.

Note: For decades, this statue sat outside the Riviera, but since the hotel closed, it—and the show—have moved to Planet Hollywood.